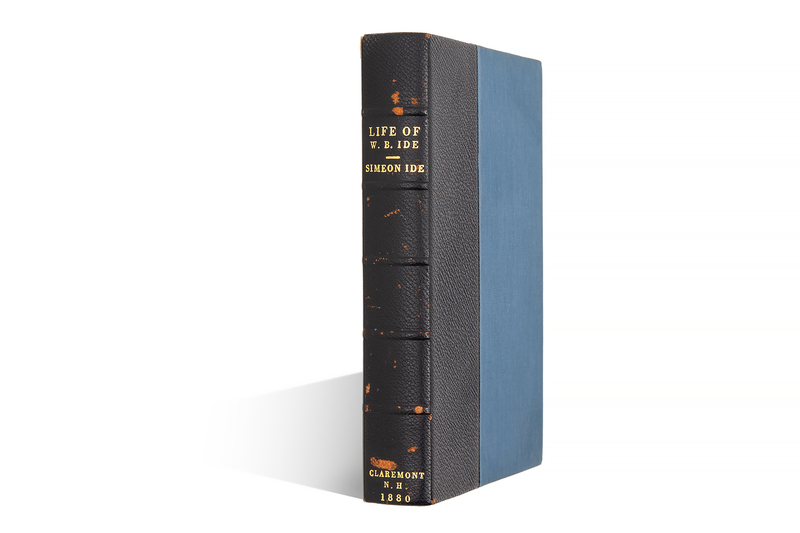 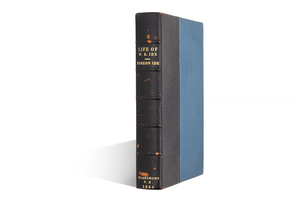 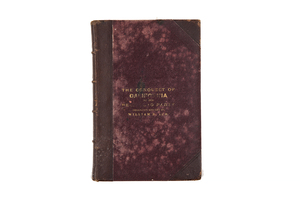 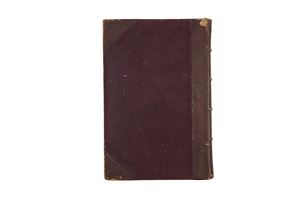 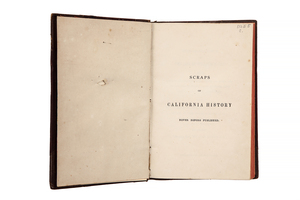 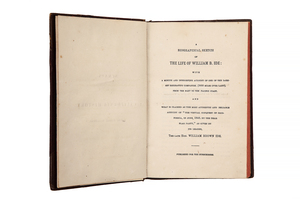 Side, Simeon. A Biographical Sketch of the Life of William B. Ide

Ide, Simeon. A Biographical Sketch of the Life of William B. Ide: with a Minute and Interesting Account of One of the Largest Emigration Companies, (3000 Miles Over Land), from the East to the Pacific Coast. And What Is Claimed as the Most Authentic and Reliable Account of the "Virtual Conquest of California, in June, 1846, by the Bear Flag Party," as Given by Its Leader, the Late Hon. William Brown Ide. Published for the Subscribers. [Claremont, N.H. 1880].

Ever since its publication in 1880, this crucial and rare first edition on the Bear Flag Revolt of one 14, 1846, has received much attention in historical and rare book circles as demonstrated by its inclusion in the famous Zamorano 80, a list of the eighty most important books on California history selected by the prestigious Zamorano Club of Los Angeles in 1945. California biographer Robert E. Cowan, provides important information concerning its publication history and rarity: "His [William B. Ide] death occurred in California in 1852. This work was set in type by Simeon Ide [a New Hampshire printer and brother] when in his 86th year. Having apparently been issued amid difficulties, only a small number was printed and the work is scarce." Another source states that only eighty copies were printed. Brother Simeon Ide,in assembling and printing these "scrapes of history" about William Brown Ide wanted to establish his sibling's place in history as the true conqueror of Mexican California and not John C. Fremont or U.S. forces. For a short-lived period of twenty two days, William Ide, one of the leaders of the famed Bear Flag Revolt, became "Commander in Chief" of the California Republic. Even with its adulatory, self serving purpose, Simeon's book contains a wealth of firsthand information on the activities of the Bear Flaggers, the capture of Sonoma and General Mariano Vallejo, establishment of a so-called republic, and the final conquest of California by the United States. Certainly, the central theme that Simeon wanted to promote was hi brother's George Washington like role in establishing the "California Republic." The key document that accounts for the book's importance is "President" Ide's own narrative justifying the rebellion and its aftermath in a letter he wrote to Senator W.W. Wambough before his death in 1852. There has been much debate over the importance of the insurrection and "President" Ide. Historian Sharon A. Brown, in a careful review of primary sources including the testimony of Bear Flaggers, concluded that Ide's Authority was not taken seriously and they viewed him as an "Idealist" and "policy maker" and not as a military leader. What often is overlooked is Simon's account of Ide family history and his brother's overland trek to California in 1845. Simeon Ide's immortalization of his brother has as complex a bibliographic history as the revolt itself. At least three variants of A Biographical Sketch are known. That same year, Simeon produced another publication, Who Conquered California? (his brother of course) which is a partially reset, abridged version of A Biographical Sketch, with a new preface but without the Ide family history and the overland narratives.