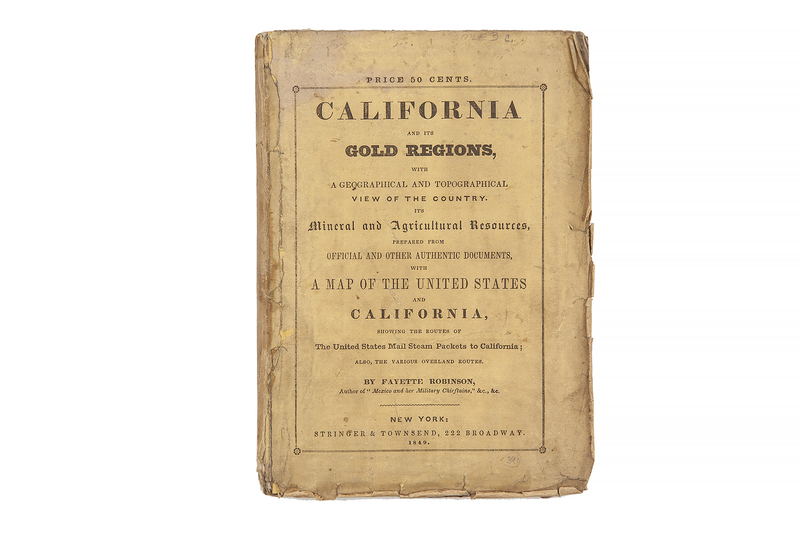 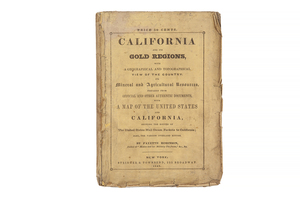 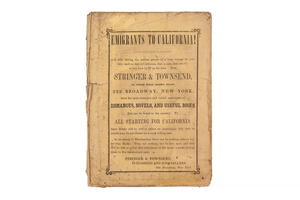 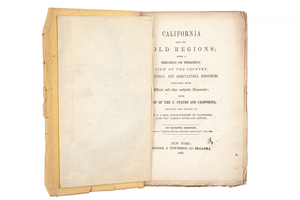 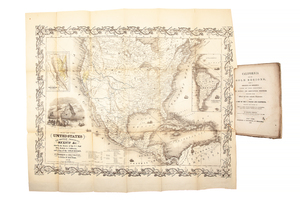 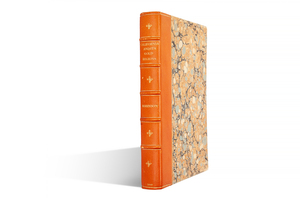 Fayette Robinson, California and its Gold Regions; with a Geographical and Topographical View of the Country, Its Mineral and Agricultural Resources

Fayette Robinson's publication has received considerable acclaim as one of the best early accounts devoted to the run for gold despite the fact that he did not make the journey himself. In his preface, dated December 1848, Robinson explained that his New York publishers wanted him "to make a fair exposition of the most authentic accounts of California and the gold region.' In keeping with this request, Robinson assembled a superb anthology of several of the earliest reports concerning the gold discovery, conditions in California, history of region, and the ways to reach the diggings. To further enhance its value, Robinson squeezed in reports by such authorities as John C. Fremont, T.O. Larkin, Stephen W. Kearny, Richard B. Mason and others. The valuable appendix adds information drawn from newspapers and government reports on the routes via the Isthmus of Panama and conditions in San Francisco. In going to California, Robinson championed the northern Overland Trail, departing from Council Grove, Kansas. Citing the experts that he squeezed into his guide, he confidently stated, it sill "satisfy readers that California is really a land of gold and pearls."

The large folding map provided gold seekers with an excellent overview of the principal routes to California. The McClatchy copy has the overland routes highlighted by hand. Knowing of the tedium of the long trek, Stringer & Townsend promoted reading as a way of passing time. They included an advertisement on the rear wrapper promoting their stock of books but also pointing out that "As an article of merchandise there can be nothing safer or better than Books. They eat nothing nor do they spoil."

Two variant issues of Robinson exist. One consists of 138 pages with six pages of advertisements. The present copy is superior in that it consists of 144 pages of text. Some copies include advertisements on the back of the front wrapper and recto and verso of the back wrapper.

Some soiling to outer edges of text pages. Wrappers with minor tears and curling along edges; verso of front wrapper with bookplate of Robert E. Cowan. Edges untrimmed.