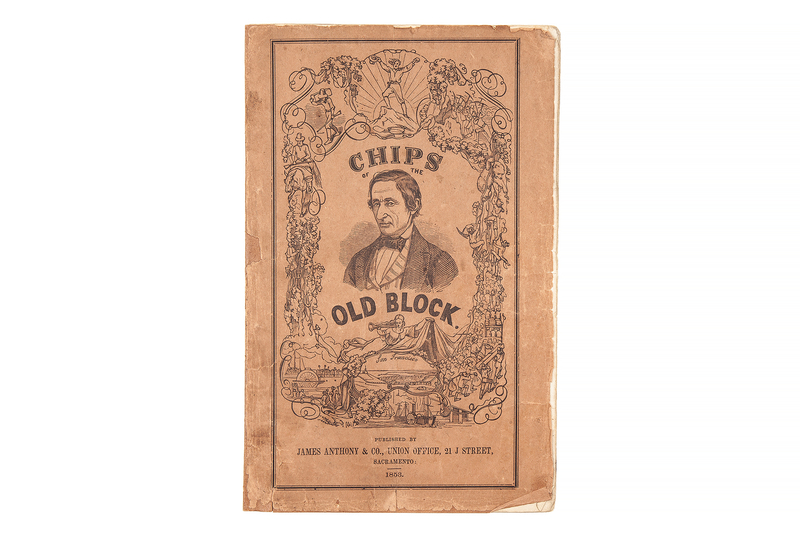 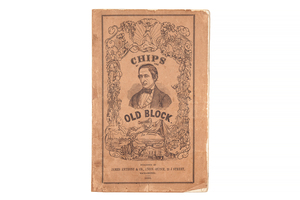 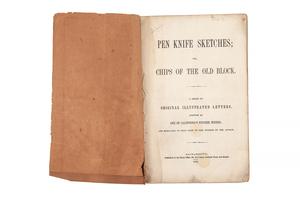 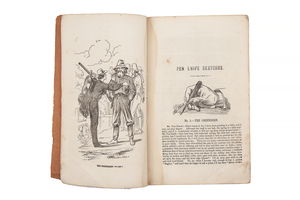 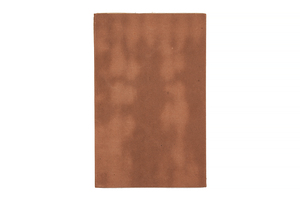 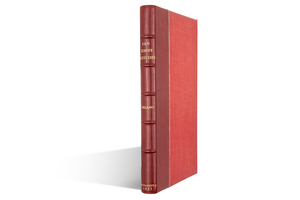 Delano, Alonzo. Pen Knife Sketches; or, Chips of the Old Block, A series of Original Illustrated Letters, Written by One of California's Pioneer Miners, and Dedicated to that Class of Her Citizens by the Author

Alonzo Delano, affectionately known as "Old Block" possessed that wonderful ability to record what he saw with pathos, laughter, irony, and realism. Delano was the miner's spokesman, their champion. Consequently, everyone loved this long-nosed wit. Delano's biographer, G. Ezra Dane, wrote Delano "was the first truly Californian man of letters and no one has described or interpreted the human elements of the Gold Rush so sympathetically as he." His literary style, Dane characterized as "a bit rustic, but flowing, chuckling and lucid as Sierra stream." This word painter of California life, along with George Horatio Derby (a.k.a. John Phoenix) established a unique brand of Western humor based on the strange and wonderful scenes they saw. Discouraged by his life in the mines and highly depressed, Delano sat helplessly in Col. [U.S.] Grant's office in Sacramento cogitating what to do while staring at a blank sheet of paper. He took out his pocket knife to "nib" his pen, and as if thunderstruck, he related how "on the instant 'Pen Knife Sketches' were conceived and within ten minutes the embryo was fostered into life, and had a being on one side of a sheet of foolscap."

Leaving the mining country, Delano with his distinctive proboscis, and filled with inspiration, moved to San Francisco and began publishing his witty and delightful observations of California foe the Pacific News and the California Daily Courier. Well received, they were gathered with other Delano writings into book form as Pen Knife Sketches, 1853. Instantly popular, the Sacramento Daily Union sold 16,000 copies and produced a second edition with an 1854 date on its wrappers. According to an advertisement in the Daily Union (July 1, 1855) copies sold at a rate of $15.00 per 100. The publishers enriched the wrapper bound book volume with full page wood engravings by Thomas Armstrong based on drawings by the great California artist Charles Christian Nahl. The portrait of the long nosed Old Block on San Francisco's Long Wharf is a classic. Two other scenes warrant attention: "The Miner's Sunday" shows a shirtless and lonely 49er washing out his ragged clothes in a Sierra stream; and the other "A Live Woman in the Mines" depicts a throng of miners whooping it up as an actual woman had come out of her tent. In the early days, the gentle sex accounted for less than five percent of the population. Processing and shipping within the continental U.S. $25.00 plus 1.5% replacement cost insurance.

Minor foxing and browning. Wrappers have minor tears along edges; has been partially mounted on protective papers, especially along the backstrip. Witherell's strives to provide as much information and photographs as possible but encourages in-person inspection by bidders. Condition statements are only for general guidance and should not be relied upon as complete statements of fact and do not constitute a representation, warranty or assumption of liability by Witherell's. All lots are sold "AS IS" under terms and conditions. Please be advised we do not provide porters nor packing materials for pick ups.