One of the most exciting aspects of collecting is when you find an object that you can absolutely pin down to having “been there,” whether because of a particular person who owned it, or because your research shows you that it was “there” and “then.”

In our upcoming Military auction, we have a number of very exciting “There” and “Then” pieces. Certainly the letter signed by Alexander Hamilton is an outstanding example of a piece that has that attached thrill to it. There are other items that have their own excitement, though, and may fit your particular area of interest.

I am a particular student of the U.S. Navy, and Naval Aviation has always been an interest. The idea of being flung into the air from a moving ship, and then trying to land on that ship later has always earned my admiration.

Thus I was particularly interested when one of the collections that came in turned out to have a large number of Navy wings, some of them from the very early days of Naval Aviation. When we catalog items, I try to examine them as carefully as possible, looking for possible defects, or clues about the item’s history or use. I was very interested to see an exceptionally early pair of Naval Pilot’s wings, clearly dating from the first ten years of Navy flying. I looked on it with admiration: it was similar to modern Naval Pilot’s wings. It has the same golden finish, with a U.S. shield at the center, and an anchor, but it lacks the “berries” that are beneath the shoulders of the wings, and it has different proportions. I recognized one of the very early patterns of Navy wings, and turned it over to look for any maker’s mark, which I found, but then noticed some faint marks that were not put there by the maker. Examining them with my most powerful magnifying glass, I saw that the marks were the carefully scratched number “7.”

This was interesting, but whether or not it would tell me anything I had no idea. That night when I got home, I began to search my library to see what I could find. I remembered that I had a list of early Navy Aviators, but what were the chances that I could find this particular number, or even that it was in the records? I figured that chances were fairly slim. I still went ahead, man by man perusing the numbers, which were not in numerical order, but alphabetical. I hoped that I would find something before I got to “Wright,” Young,” or “Zeiring,” especially as the list included every Naval and Marine Aviator through 1945! I could end up looking through literally thousands of names. 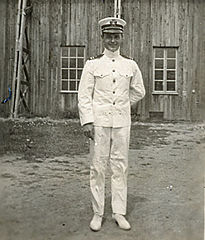 Not only was he Naval Aviator No. 7, he was a true pioneer of Naval Aviation. He served in France during World War I, commanding a Naval Air Station at Dunquerque, (AKA Dunkirk) France, and flew seaplanes during the War. He had continued on after the War, building the first steam-powered catapult on a ship, and then becoming the first pilot to successfully be launched from such and catapult and not only survive, but fly! He then became the first pilot to land on our first aircraft carrier, USS Langley. Sadly, he was killed soon thereafter, from injuries sustained in the crash of a Vought VE-7 he was flying to Yorktown, Virginia. 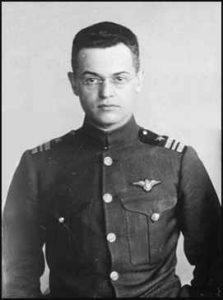 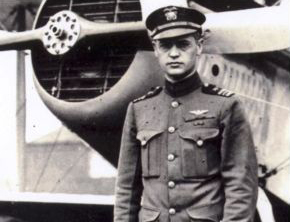 Here is Chevalier, quite possibly wearing the very wings that we are offering in our January sale.

Another focus of my collecting has been African-American Military History. In this area I have always focused on books, and can proudly say that I have one of the best collections of books on African-American Military History that I know of. It always impressed me that, despite their history as slaves, many African-American displayed incredible valor and dedication in serving our Nation, as of course so many still do. Tales of the 54th Massachusetts in the Civil War, the “Harlem Hell-Fighters” in World War I, and the Tuskegee Airmen in World War II always caught my interest. My sadness is that more of such stories have yet to be told, such as that of the “Red Ball Express,” mostly African-American truck drivers who, in the Battle of the Bulge in World War II worked minor miracles to get units such as the 101st Airborne into position to resist the German advance, and then to keep them supplied when the weather was so bad that airplanes couldn’t even find the men on the ground.

Many people have heard of the 9th and 10th US Cavalry- the most famous of the so-called “Buffalo Soldiers,” called that by the Plains Indians because the texture of their hair reminded Native Americans of the hair of the buffalo. Fewer people realize that the original Buffalo Soldiers were actually Infantry- the men of the 24th and 25th US Infantry, which were also all Black regiments at the time.

During the US invasion of Cuba in 1898 nearly 25% of the American troops in Cuba were African-Americans, most of them being men of the famous Buffalo Soldier Regiments. It is well-known that the 9th Cavalry went up San Juan Hill alongside of, and frequently ahead of the 1st US Volunteer Cavalry, led by Teddy Roosevelt. They have received credit for their accomplishments in modern times, whereas the Infantry is still not recognized for many of their acts of bravery.

On the drive to capture the city of Santiago de Cuba, one of the major Spanish cities in Cuba, American forces were held up by Spanish forces atop the hill of El Caney. The Spanish troops were somewhat better armed, having modern Mauser rifles and Maxim machine guns, both of which fired modern smokeless powder cartridges. Many of the US troops were armed with obsolete Springfield Trap Door rifles, which were single shot rifles that fired black powder cartridges that virtually announced to the enemy their location. The same could be said of the American artillery that day, of which there were only four pieces, none of which could reach the crest of the hill, and all of which used black powder shells. Thus, whenever the cannon fired, they were greeted with a hail of withering Mauser fire, as well as fire from the Spaniards’ modern howitzers.

Two regular US Infantry Regiments stepped in to save the day: the all black 25th Infantry, and the all white 12th Infantry. It is fair to say that, although a regiment with an incredibly proud history, that day the 12th hesitated. The fire from Spanish rifles, machine guns, and artillery gave them every reason to do so. Assaulting El Caney was not impossible, but it did guarantee heavy losses, as any experienced soldier could see. The 12th had gallantly shed their blood at Antietam, Fredericksburg, Chancellorsville, and Gettysburg, suffering among the heaviest casualties of any regiment in the Civil War. So, that day, they hesitated.

The 25th did not. They surged up El Caney, firing as they moved, not in a sudden overwhelming charge, but fighting their way step by step, from rock to tree, under withering Spanish fire, with a kind of cold-blooded courage that marks the bravest of regiments. Not even the heaviest of fire could stop the 25th, and eventually they reached the top of El Caney, where Private T. C Baker captured the Spanish colors.

The 12th had followed the 25th, not to be left behind, and they can be credited with remarkable supporting fire that aided the 25th’s advance. However, once they reached the crest, they were confronted by the success of the 25th, and the delighted Private Baker holding the Spanish colors. A Lieutenant of the 12th, whose name is usually not mentioned, ordered Baker to turn over the flag. Baker did so, reluctantly, but only after cutting out a swatch of the material to present to his colonel. Still to this day many historians credit the 12th with the “charge up El Caney,” and the capture of the Spanish colors, but it is generally acknowledged that although the 12th did their part that day, the greater credit belongs to the 25th, and Private T.C. Baker.
It is interesting to note that had a white soldier captured the color, tradition would have had him awarded the Medal of Honor. No such award was granted to Private Baker, or indeed to any man of the 25th for that day on El Caney. 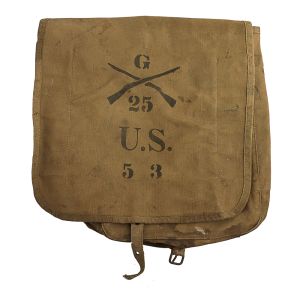 In the sale in January, we have a relic of that day. It is fairly humble, but you can hold it knowing that it was there, at that moment in history. It is a canvas pack, worn and stained, but you can still read the original stenciling on the back: