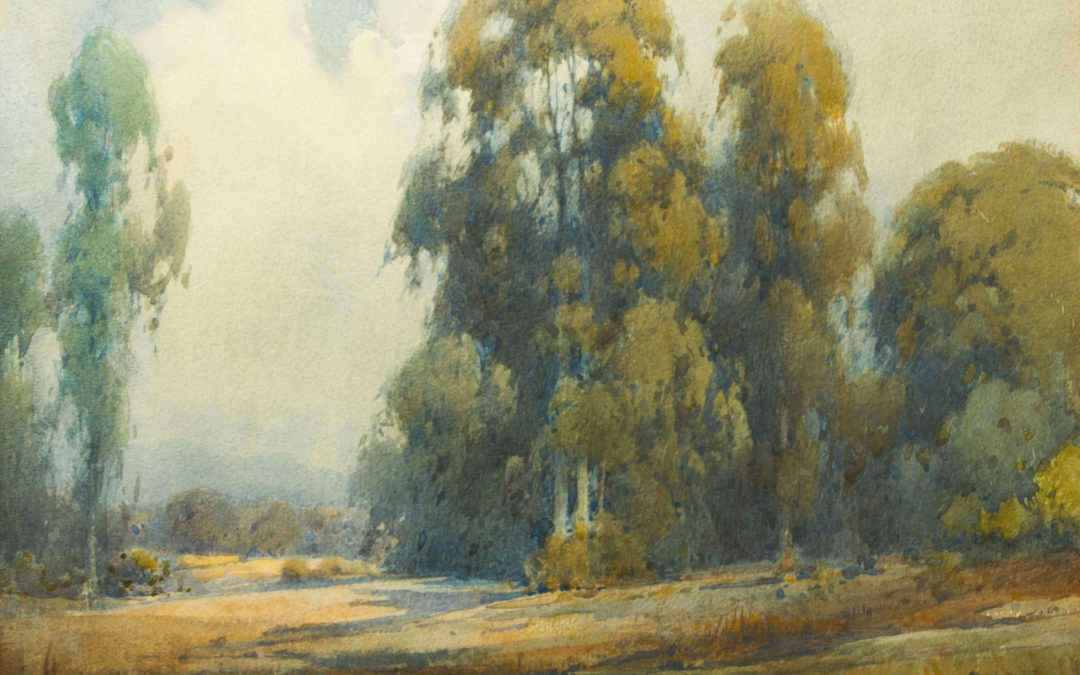 Santa Rosa resident Randy Wells, the grandson of famed San Francisco chocolatier, was surprised to learn the paintings he recently inherited were a small cache of California art.

Randy initially asked Brian Witherell to assess three watercolors by the Norwegian-born, American artist Chris Jorgensen (1860 – 1935). “They were small gems, but not nearly as valuable as three other unidentified paintings,” said Witherell, a featured appraiser on “Antiques Roadshow” and chief operating officer of Sacramento-based Witherell’s.

Witherell immediately recognized two paintings as the work of American artist Percy Grey (1869 – 1952) and for Wells, it was an “Antiques Roadshow” experience. Wells did not know of the artist or what the paintings were worth. For Witherell, it was exciting to inform him that the pair was worth around $20,000. Although less expensive, it was equally fun to identify an indistinctly signed genre painting as the work of his own relative, Alida Ghirardelli (1881-1909), an accomplished artist who died at the age of 28 while swimming in the Pacific Ocean at Carmel.

Witherell’s was on the other end of the surprise on a Petaluma consignment call. After accepting a rare painting by German-born, American portrait painter Julie Heyneman (1866 – 1942), Witherell’s was pleasantly surprised to learn that the consignor’s late husband also collected 19th century San Francisco cutlery.

It’s Witherell’s policy to always ask if the client has anything else before they leave, but rarely do the clients remember possessing anything so interesting. The examples she unveiled included important work by Will & Finck, Schintz Cutlery and Michael Price. These celebrated cutlers were the subject of a 1999 book, “California’s Best—Old West Art and Antiques” by Brian and his father, Brad Witherell. For Brian, it was especially rewarding to discover unknown works by these artists.

A ranch overlooking the San Francisco Bay was the site of the last stop and the source of a fine Colt revolver. The consignor’s father acquired the gun from a fellow ranch hand while working at the Mazza Ranch in Petaluma, CA in the early 1900s. The Colt .44 1860 Army Richard’s Conversion came with its holster marked by a previously unknown saddle maker from Los Angeles, CA. It will be exciting for Witherell’s to research this maker and identify his work for future collectors and scholars.

All of these Sonoma County Discovers will be sold unreserved in the company’s annual Western Design Auction May 6 -7, 2016 that coincides with Witherell’s Old West Show in Grass Valley, Calif.