Saddled with a Mystery and a Silver Studded Prize 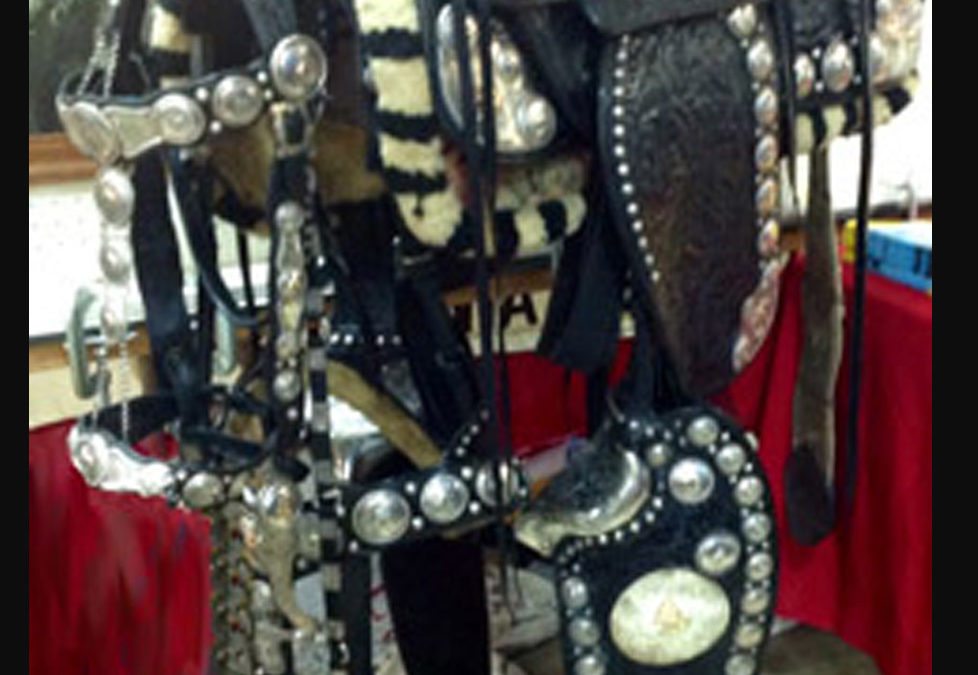 Strolling the aisles of our recent Grass Valley Old West Show a couple of impressions really stayed with me. One is the quality of Americana antiques our vendors have collected and cared for. The second is the passion that antique dealers have for their vocation. At each booth I heard sellers imparting the history of their wares to whomever was willing to listen. Their excitement just filled the air.

Among our favorite dealers are Rob and Brad Watts whose outstanding Bohlin saddle (lavishly ornamented in Sterling silver and gold) was sold the first day of the show. I dropped by while Brad happily recounted the colorful history of the saddle made in the 1940s, and I was captivated.

Edward Bohlin (1895-1980) was a famed saddle maker in Los Angeles. His saddles adorned the backs of many horses in the annual Rose Parades in the 20s and 30s; major movie stars sat atop a Bohlin saddle – the likes of Ronald Reagan, John Wayne and Tom Mix among them. His reputation was known as far away as St. Louis, MO, where John Volz, the owner of a feed and hardware store decided to reward himself with a pair of custom made Bohlin saddles. He dispatched his young wife to make the round trip drive to Hollywood, California, to fetch the prized pair and bring them home. St. Louis loved its parades and that’s where the Bohlin his-and-hers saddles dazzled the hometown crowds for many years.

The next addition to the Volz family was two boys – twins adopted when the couple found themselves childless. However, as it sometimes happens, they gave birth to a daughter not long after the boys had joined the family.

The family remained immersed in Old West culture, with the daughter becoming an avid rider and horsewoman. When John and his wife passed away in the 1950s, their entire estate was left to their biological daughter. The adopted sons received no bequest. But, the kind-hearted daughter opened the door to the family home and invited the boys to take whatever fancied them. Among the treasures chosen by one of the boys was a Bohlin saddle, while the other took possession of a remarkable collection of Old West firearms.

Decades passed but some people never forgot those ornate saddles purchased by the Missouri business owner and a search was on. In the 1960s a lone saddle was discovered by sheer accident when a friend of an antique dealer spotted it displayed in (of all places) the office of a St. Louis car dealer. The Bohlin boy had needed a pick-up truck and traded the saddle, plus a little cash, in exchange for the vehicle. Brad Watts mused that the Volz children had no idea of the value placed on any Bohlin saddle, much less this particular pair. After sufficient prodding, the car dealer agreed to sell it to the collector. 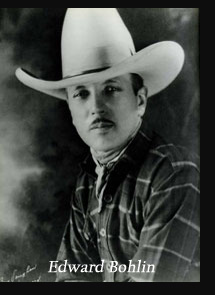 In the 1940s, when Mr. Vogt commissioned the saddles, Watts estimates his cost was $3,000 to $5000. At our Old West Show the owner of the Hemley Store in Pendleton, OR, offered a six-figure deal and went home with a crown jewel in the art of saddle making. And, it’s fitting since Pendleton is home to one of the oldest and largest rodeos in the nation, the Pendleton Round Up. The quaint city is a hot bed of nostalgia about the Old West.

Watts added, a little pensively I observed, that the matching saddle made for Mrs. Bohlin is yet to be found. The daughter seems to have vanished into history if, in fact, she kept the ladies saddle at all. I guess the lesson in this historical tale is that you never know where a treasure is waiting in plain sight. So, keep your eyes open for your own Fabulous Find!