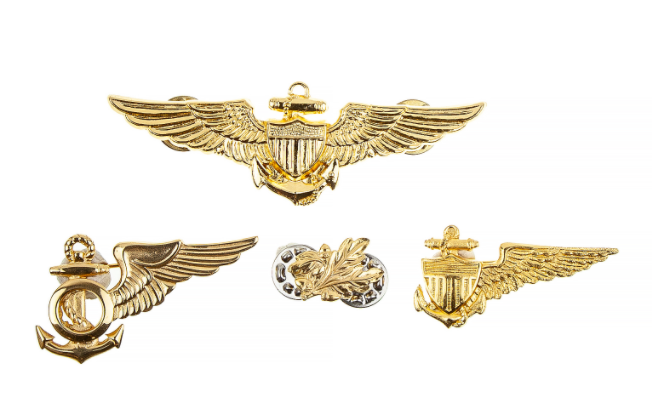 Every area of life has its own language. I remember when my wife began working as a State Historian, she began using acronyms I had never heard before- and I had to ask for translations. By the way, TCP translates as “Traditional Cultural Property!” I have been accused at times of using “teacher talk,” and when I have, it has generally been expressed in tones of frustration. Sorry!

Not all of the vocabularies are strictly verbal. Some are expressed through symbols and icons. A great example of that is learning how to “read a chest” in the military, meaning that by looking at the ribbons and badges on a soldier or sailor’s chest, you can read their history in service: where and when they served, what branch of service, and what special qualifications and honors they have earned. Even without a single written word, it can make for some fascinating reading! This is modern military heraldy. 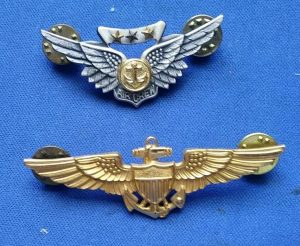 In our June Discovery sale, we are offering a truly amazing collection of military insignia, from quite literally nearly every country in the world. It represents the efforts and expertise of Peter Prichard, the well-known author of Submarine Badges and Insignia of the Word: An Illustrated Reference for Collectors. The collection contains an astonishing number and variety of submarine badges, many of which appear in Mr. Prichard’s book. The collection also includes flight wings of the world, and badges of specializations, such as Paratroops, Parachute Riggers SEAL, Commandoes, and Underwater Demolition Teams.

Faced with cataloging this collection of literally thousands of badges, I was genuinely intimidated- as well as impressed. Mr. Prichard clearly knew exactly what each badge represented, but he had not identified a large number of them, even by country. I have a large library, but even my library couldn’t cover countries as divergent as Malawi and New Guinea, of specialties as diverse as Medic and “HALO,” (High Altitude Low Opening) parachutists!

The internet was of some help, but there you have two problems: many internet sites can be misleading, and no one seems to have yet written about the Parachute Badges of Sierra Leone, or Sri Lanka! I believe it was Mr. Prichard’s goal to do just that, but unfortunately he had not completed that work when he passed away. 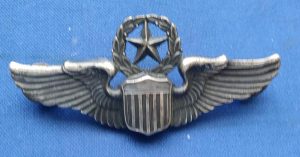 A Submarine Means a Submariner!

Part of the answer can be found in the military heraldry of insignia: some of it pretty obvious. If a badge has an open parachute on it, then it is quite likely a Paratrooper- although it could also be a parachute Rigger, or even a specialist in parachute medicine or meteorology. When a badge has an anchor on it, it is almost certainly Naval- the same with a trident, representing Neptune’s weapon of choice. Some countries conform to the symbols of other countries: many countries use badges that are very similar, and even nearly identical to US badges. However, in a Muslim country a crescent replaces the Greek cross that in Christian countries represents medicine, and countries that are or were allied with Russian or the Soviet Union tend to copy their lexicon of symbols. Even in those countries, there can usually be found some parallels, and almost all the world’s nations include either a dolphin or a actual figure of a submarine on the badges of their submariners. Likewise, if a badge includes one or more wings, it is probably aviation. 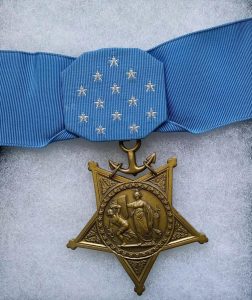 When it gets confusing.

Unfortunately for clarity, not everyone is consistent. As culture change, their insignia change. When the Philippines began to distance themselves from the US both politically and culturally, they changed almost all of their insignia from a close parallel to US badges, to ones based on traditional Philippine symbols. Unless you can recognize the Philippine and Indonesian “Garuda,” their mythological eagle, you are going to be pretty confused. Likewise, what does an elephant mean? In many countries, it can be a symbol of armored vehicles, but in Thailand and Denmark, it means something very different, and can be a national symbol of two very different cultures.

Some of the answer can be found simply in style, and occasionally even in the manufacturer. French former colonies tend to copy French style insignia, and a great many of them continue to have their badges produced by the famous firm of Drago, still in operation in Paris. Many other nations imitate US styles of insignia. Japan, Korea, and Taiwan are excellent examples. Although they are distinctive in their own rights, with symbols that clearly differentiate them, the basic insignia are usually the same shape as US versions. Command rank pilots’ badges of all four countries are instantly recognizable, all having a wreath and star over a central shield, between handsome wings. The details may vary, but the themes are consistent.