A Country’s History Through its Wings 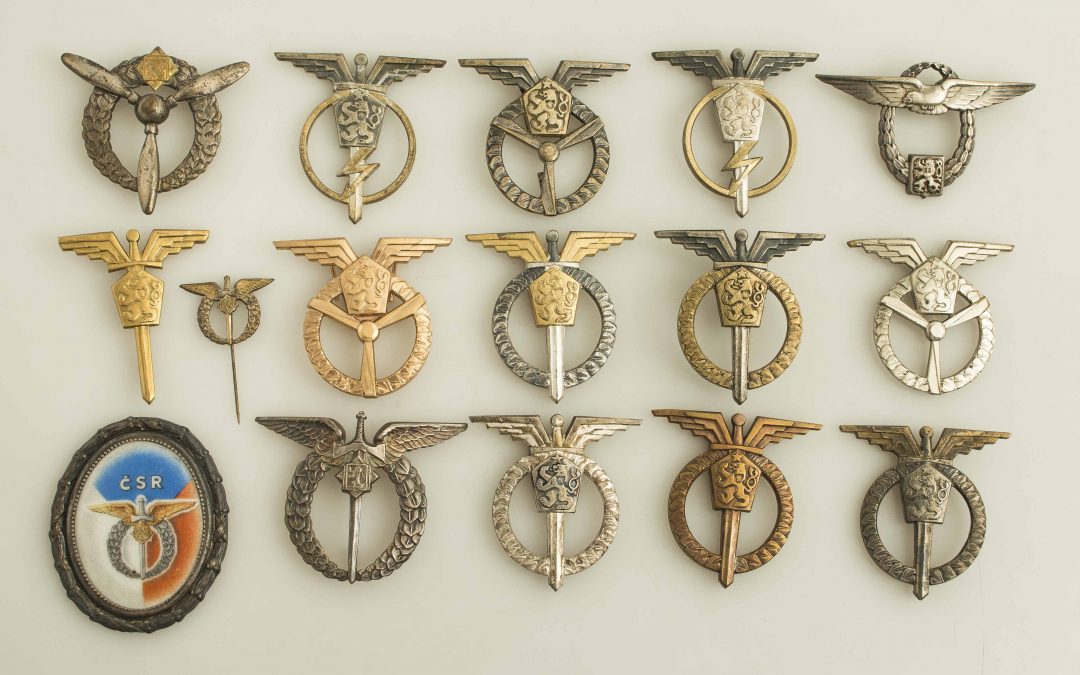 One of the great pleasures of working at Witherell’s is the opportunity to step into someone else’s collecting shoes. I feel as if I get the privilege of getting to know the collector in a very special way. I also have the opportunity to examine and evaluate some really amazing things—the treasures that the collector searched for, bought, and treasured.

Right now I am cataloging the finest collection of Air Force wings and flying badges and related insignia that I have ever seen—and I have quite literally seen the collection of “the guy who wrote the book!”
This collection is far more extensive, and includes not just pilot’s wings and badges, but air crew, and even ground crew of the world’s air forces, as well as a superb selection of rare aviation related orders and medals. It is amazing! Over the next several posts I want to tell you about some of the badges that you don’t often get to see.

I have always admired the Free Forces who served, especially with the British during World War II. The Royal Air Force had squadrons of French, Polish, Belgians, Norwegians, Danes, and even the “Eagle Squadron” from the US before we even entered the War. In the collection are wings, badges, and insignia from all of them!

Among many interesting badges are the insignia of Czech pilots and airmen. At first glance, Czech pilot’s wings remain much the same from the beginning of Czechoslovakia in October of 1918 until the nation split into the Czech Republic and Slovakia in 1993. On closer examination, you begin to see differences that illustrate the history of the brave little country.

The badges share a simple, but striking basic design: a winged sword through a laurel wreath. On the sword blade is a diamond-shaped shield with the Czech lion rampant on it (on his hind feet, front paws with claws extended). Badges with that basic description could be pre-World War II Czech, wartime Free Czech Air Force serving with the British, post-World War II Soviet-satellite Czech, or Vaclav Havel period independent Czechoslovakia prior to 1993. The question is: how do you tell which is which?

The answer is that it is fairly straight forward when you get up-close with the badges. Early pre-War badges are very frequently maker marked, and well-made. In the collection the most common maker from that period is “Zukov, Praha.” Zukov is the name of a jeweler, and Praha is Prague. Some are made of a combination of metals: the wreath and sword are in white metal, and the wings and shield are gold colored. On some pre-War badges, they are also marked ”900,” which is their silver content of 900 parts silver out of 1000, very close to sterling. You will also find “800,” which is 800 parts silver out of 1000, slightly less valuable silver, but generally a little harder and better for service use. Most obviously, if you look at the lion, there is nothing above the lion’s head such as a crown or star. 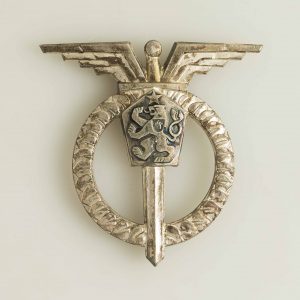 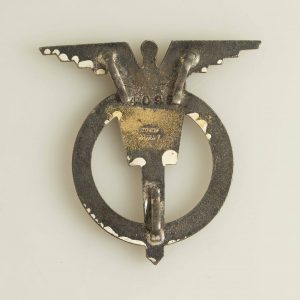 War-time badges are very similar—in fact, they are nearly identical. However, they are frequently made by companies outside of Nazi-occupied Czechoslovakia. I have now seen badges made by Drago in Paris, and both J.R. Gaunt and Spink and Sons in London. Those are the ones I consider the most exciting. They too can be of different materials. Some are brass and nickel, but some will also be silver, but more commonly sterling or just “silver.” 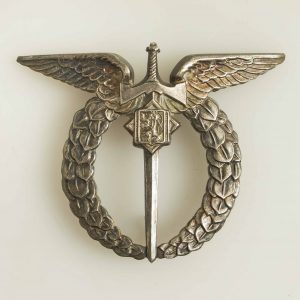 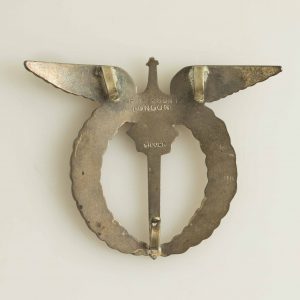 After the War Czechoslovakia was occupied by the Soviets, and became part of the “Soviet Bloc.” This did not benefit either the Czech people or their insignia! One badge in the collection is actually celluloid in a metal frame, with a printed badge. Additionally, all Soviet era badges will have a star above the Czech lion’s head. Not all are made of celluloid or plastic—although many are. Some are metal, but usually a cheaper metal, and of poorer quality. 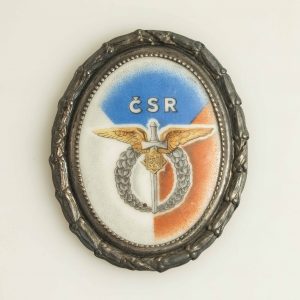 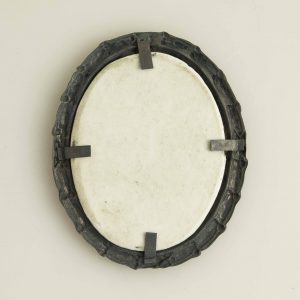 Many Czech Pilots’ badges have very interesting attachments for wear. Most actually have metal hooks that slip into thread loops on the uniform. In the Soviet era you will more commonly find simple and flimsy pins.
These are very handsome and usually well-made badges that tell the history of not only the Czech Air Force, but the entire Czech nation.
In the collection, which Witherell’s will be selling in January, are 11 different Czech Pilot’s badges, as well as a number of Air Gunner and other Czech wings and badges. I suspect that this is one of the largest offerings ever of these wonderful original badges.

An interesting side note is that Czechoslovakia also manufactured some remarkable aircraft. The Avia factory that first opened in 1919 built BF-109’s during the German occupation. After the War they assembled the S-199, a BF-109 with a different engine that became the first fighter planes of the Israeli Air Force.