Across the Great Divide: Reflections on the Canadian West 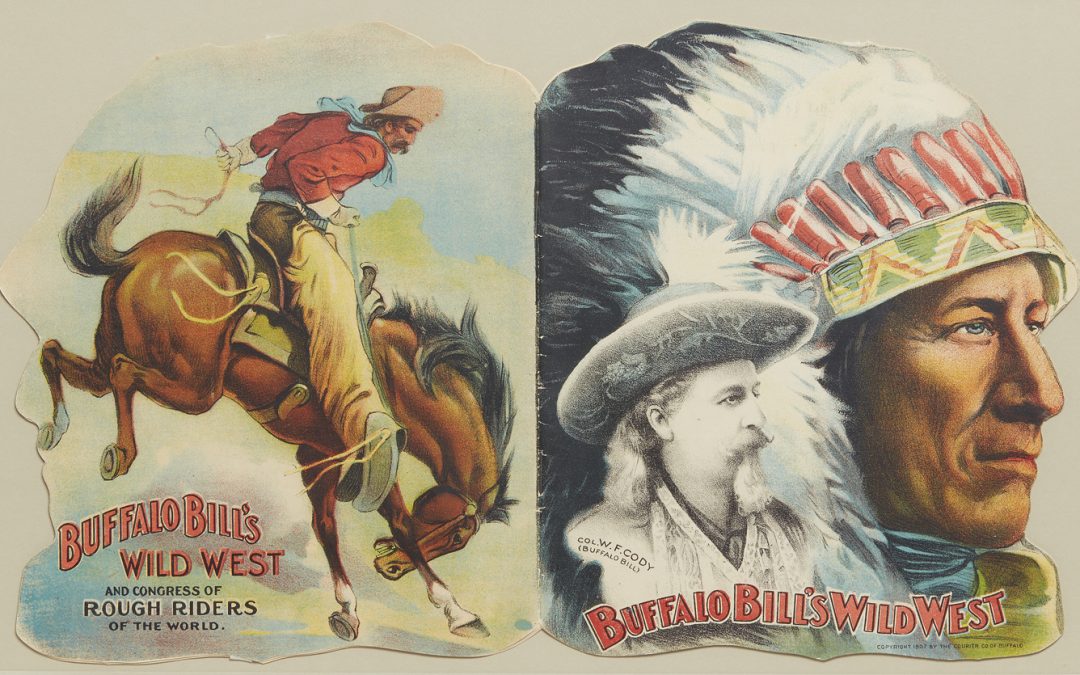 For most of my life I have never particularly cared for the West or where I was from. As soon as my life provided me the opportunity to do so, I left California, deciding to pursue higher education in the unique cultural hub of New Orleans. At school I studied art, history, and literature, concentrating almost entirely on European material for four years. Where Europe and even the East Coast of America seemed culturally vibrant and historically rich, the West seemed dry — its history littered sparsely over the landscape, always visible, but uninteresting to me. Yet, upon returning to my hometown of Sacramento, I have been thinking a lot about California and a lot about the West — a lot about the facts, stories, and ideas that shape the landscape.

The West is made up of multiple parts, physically and conceptually. This is something I have always known, but had never taken the time to reflect upon. There are the many different frontiers that make up The Frontier and there are certain specific ideas and themes that shape our perception of The West. 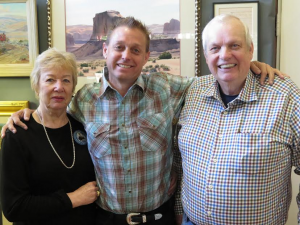 When cataloguing our October auction, Western and Canadian Art from the Collection of Don and Jeanne Reid, I found myself confronting the idea of the West, this time not in relation to California, but Canada. Although it may be strange to think it, Canada was once a part of “The Frontier,” a place beyond the border, unexplored territory ripe for the exciting possibilities of adventure, profit, and new life. Even stranger is the idea of Canada as America (part of the continent of North America). Such a small shift has consequential and substantial results. If we understand Canada to be part of America, we can begin to understand places like Ontario, Manitoba, and Saskatchewan as part of the American West. These provinces are of course in the north, but they are, depending on one’s standpoint, also west. This change in perspective can certainly be a little disorienting, but I have also found it to be illuminating when considering the late 19th and early 20th century culture of Canada. Beer and alcohol paraphernalia; tobacco tins; rodeo and cowboy equipment (chaps, lassos, posters and brochures for rodeo events); tools used for gold mining — pans, scales, pokes; hunting advertisements for gunpowder and ammunition — these are the kinds of objects that make up the bulk of the Reid collection and, upon first glance, it is impossible to tell if these items are from Canada or the United States.

Don Reid, the man who collected and generously offered the material for this auction, is a Canadian expatriate who has long lived in the United States. Although the majority of the Reid collection is Canadian, it is entirely comprised of items that characterize the culture of the West as we understand it. The objects in this collection are witnesses to the cast of pioneers, prospectors, rodeo legends and cowboys, hunters, drinkers and tobacco smokers who could be found across the early Canadian landscape.

A Northern Prospect and A New Frontier for the West

It was 1896, nearly 50 years after the California Gold Rush, when that same precious metal was found again, this time at Bonanza Creek in the Yukon Territory. The claim was discovered by a small group of prospectors including George Carmack, his wife and her brother, Skookum Jim of the Tagish First Nations tribe. From 1897 to 1898, tens of thousands of hopeful gold seekers rushed north in what is often referred to as the Klondike Stampede. The majority of these people came from the United States, including San Francisco native Jack London, who would draw on his experience in the Canadian North for his novel, Call of the Wild. In many ways, the Klondike Gold Rush and Stampede was the West’s own new frontier — an experience that directly echoed that hopeful American spirit of freedom, adventure, success, and manifest destiny, while renewing the lost pioneer dreams of the early 19th century. 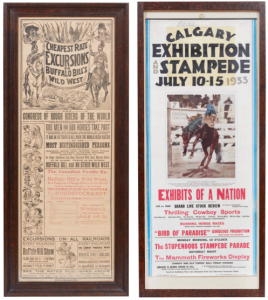 The concept of the West as we are familiar with it — the excitement of the frontier populated and defined by its adventurous pioneers, industrious homesteaders, lawless cowboys, and, of course, Indians (the native people of North America who seemed to arouse fascination and fear in equal measure) — began in Canada during the late 19th century. Canadian interest in western, or frontier, culture is evidenced by the success of Buffalo Bill’s 1885 tour through Montreal. The Wild West show included United States cowboys, sharpshooters, and military soldiers in addition to Native Americans and Mexican gauchos or vaqueros. Such popular traveling shows were intended to celebrate and take the “American” West on the road. However, for Canadians this cowboy culture was not unique to the United States, it existed in their own backyard.

In 1886, in an effort to draw Canadian farmers and ranchers west (from places like Montreal), the Calgary and District Agricultural Society held its first fair, an event that would come to be known as the Calgary Stampede. The Stampede featured traditional western events designed to showcase and celebrate the skills of Canadian cowboys, such as bronco (bucking horse) riding, horse racing, trick roping, and other classic rodeo exhibitions. The Stampede is still held every summer in Calgary and throughout its more than century-long existence, it has become famous throughout the world. 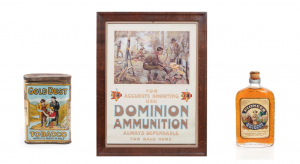 Smoking, chewing, and drinking. Hunting, fishing, and trapping. Such activities are often associated with rural communities and, in the past, with frontiersmen and cowboys. The popularity of these pastimes in Canada is evidenced by the Reids’ collection of tobacco tins, alcohol paraphernalia, hunting equipment and advertisements. Manufacturers of these items capitalized on their customers’ interest in and lived experience of the Frontier and the Canadian West, enticing them with catchy slogans like “Best in the West,” deliberately familiar but exotic tags such as, “Pipe of Peace,” and seductive promises: “This box will be very useful for bringing back gold dust, small nuggets.” Ideas and images that define the West were repeatedly used on labels and in advertisements for products that are not American, but Canadian.

Another, somewhat more abstract theme enmeshed in our understanding of the West is movement or travel. The frontier is by definition something beyond the border. In history, the West is something we are moving towards, literally and metaphorically, the goal of an always forward moving linear progress. As in the United States, movement was revolutionized in Canada with the development and expansion of the railroad during the Gilded Age, which spanned from the early 1870s to about 1900. The Dominion Express Co. was founded in 1873 as the original express company of the Canadian Pacific Railway, Canada’s first transcontinental railroad. Deliberately intended to connect East to West, the trains of the C.P.R. ran from Quebec all the way to British Columbia.

An important element of this concept of movement in the West is the notion of open space and the freedom to roam. The Canadian National Parks of Ontario and Saskatchewan put the very ideas of land, freedom, and frontier on display for their early visitors. The radiator badges and windshield decals in the Reid collection were issued in the early 20th century to travelers passing through Canada’s National Parks. The parks were (and remain today) one of the few places where one can truly experience and confront the vastness of nature. Early visitors could witness, begin to understand, and maybe even contend with the same overwhelming landscape that the very first frontiersmen and pioneers faced decades before.

The Reid collection includes unique items that shed light on the western culture that existed in Canada and the United States in the late 19th and early 20th century. Every piece has a life of its own and contributes to the larger story being told about the time and the place that it lived in and came from. Perhaps the principal story, the essential lesson to be learned when considering the Reid collection is that the West did not exist in isolation. The West did not belong solely to the United States. Men panned for gold in California and they panned for gold in the Yukon. Men rode bucking horses in Colorado and they rode them in Calgary. Men raised cattle on the plains of Texas, Kansas and Oklahoma and they raised cattle on the plains of Alberta, Manitoba, and Saskatchewan.

But the West in both Canada and the United States was not just a lived experience. It was a collected one. Today, we know from popular music and film that captivation with country and cowboy culture can transcend geographic boundaries. This was also the case in the late 19th century. Charles Henry Coffin was just one of the many men from the East Coast, whose interest in the West can be understood through the objects he owned, most specifically the Texas longhorn chair he acquired sometime around 1890. Descending from a family with roots firmly planted in the Northeast, Coffin lived in New Jersey, but had this chair shipped to him from San Antonio where it had been manufactured by Charles Puppe. Born in Germany in 1845, Puppe came to America in the 1880s. By 1885 he had begun working as a carpenter and longhorn chair maker in San Antonio, Texas. Puppe’s chairs are distinctive for their number and arrangement of horns (his chairs typically have three sets of downward pointing horns on the back connected by circular bands) as well as the delicate glass ball casters on the feet.

To those in the East, the story of the West must have played out like some incredible drama. The West was, of course, a real place occupied by real people with a real culture, but for many it was a distant reality and a reality that captured their imaginations. For those who had never seen cowboys or “Indians,” participated in a gold rush, or witnessed a stampede, the only way to experience the West was to own a piece of it. The West for non-Westerners was something to be entertained by and something to investigate, to fascinate, to acquire, and to collect.